There is no bus on Earth more comfortable than a German-made Setra.

The engine of this 1972 vintage coach propels it along the autobahn with sufficient alacrity, while the large windows offer up an enchanting view as the wind produces a slight rustling in the ventilation ports to provide fresh air to the passengers. See there, on the windshield - Majja the bee, returning from a nectar-gathering trip, has just met her end with a splat.
The Setra is a comfortable bus.

This 7-meter long coach fits around 30 passengers and a guide, in addition to the driver. 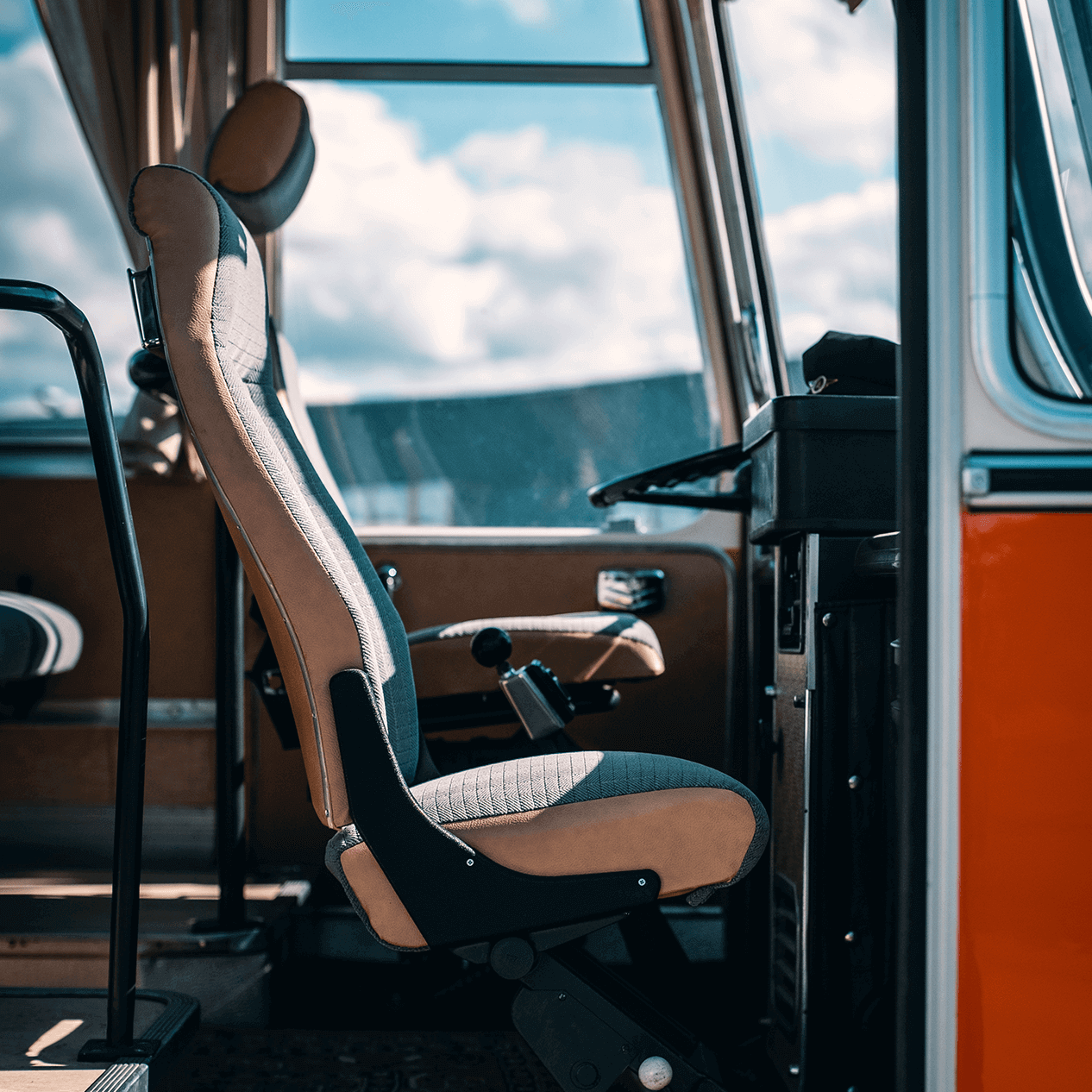 The Setra S80 was developed after the faults of its predecessor, the Setra S6, became clear. We also have an S6 in our collection, and we know that much of the S6’s beauty has been replaced by comfort in the S80.

While the newer bus looks slightly more plain, it is a tremendously more comfortable vehicle than its glass-roofed predecessor.

This bus, manufactured in Germany in 1972, is equally capable of zooming along fast roads and maneuvering on the tight hairpin turns of the Alps. At the time, Setra was the biggest competitor to Mercedes-Benz in the coach segment, and did not use any parts made by competitors in its models. The engines came from the famous tractor manufacturer Henschel, and everything else on the vehicle was manufactured in-house at the Kässbohrer factory in Ulm, which was the birthplace of all Setra coaches. 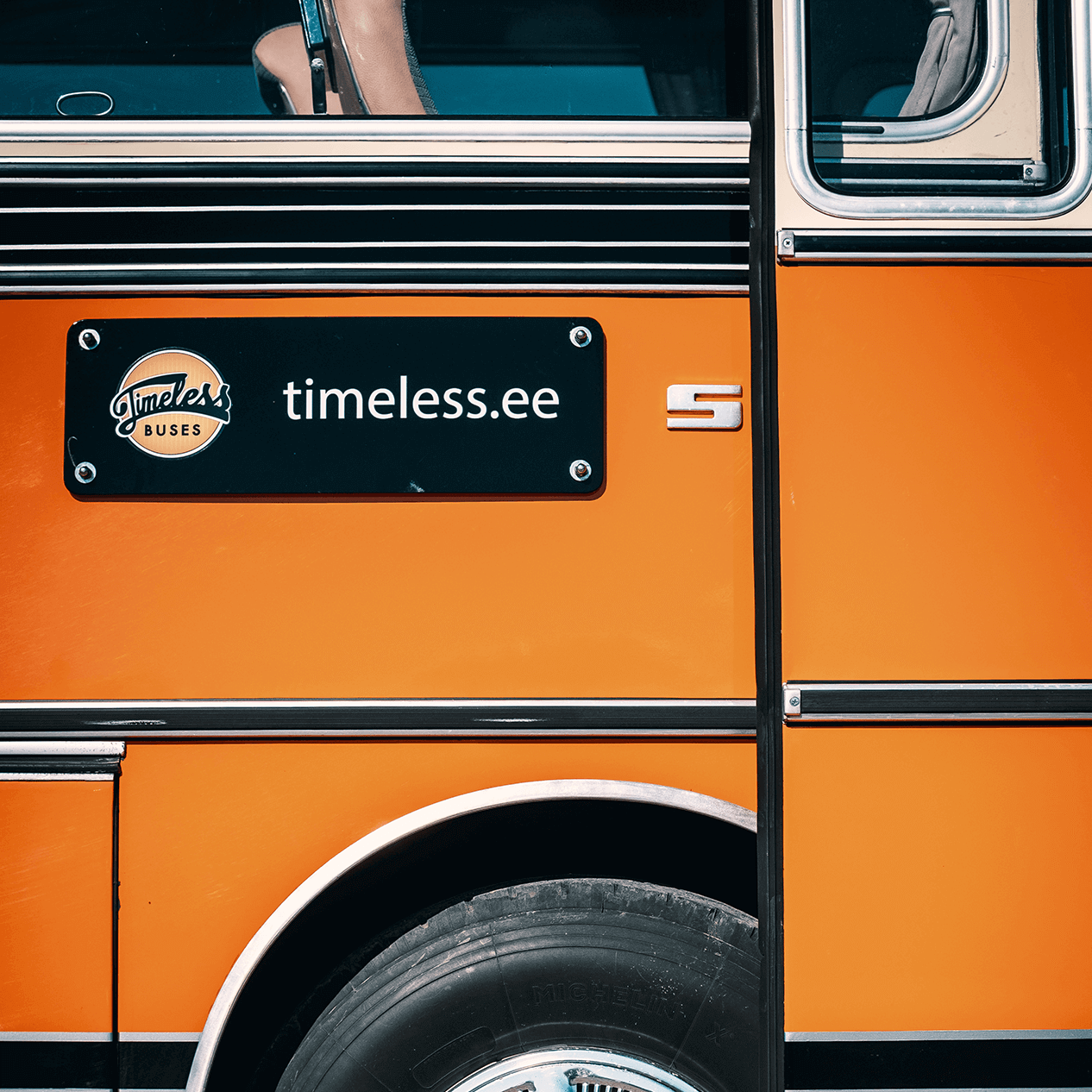 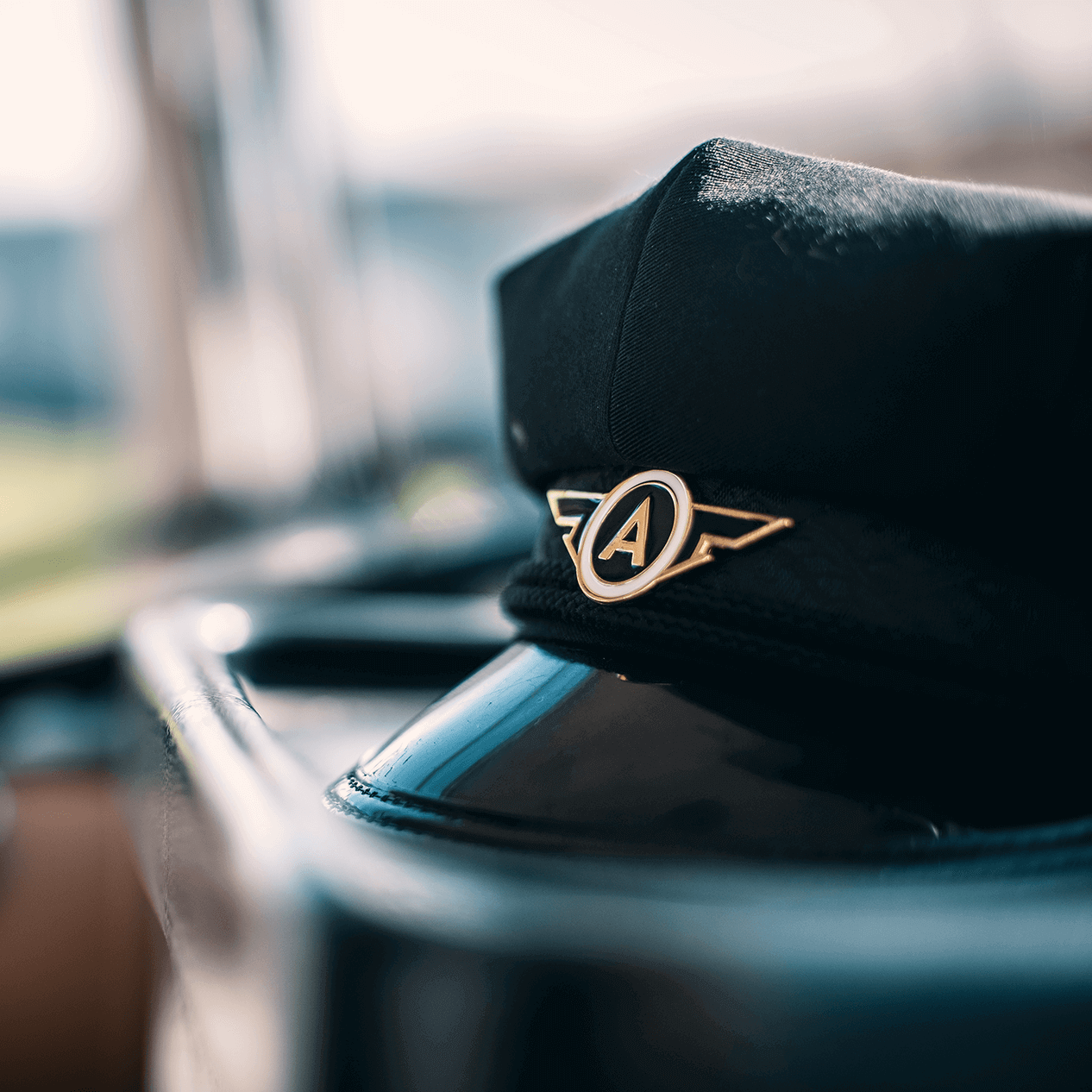 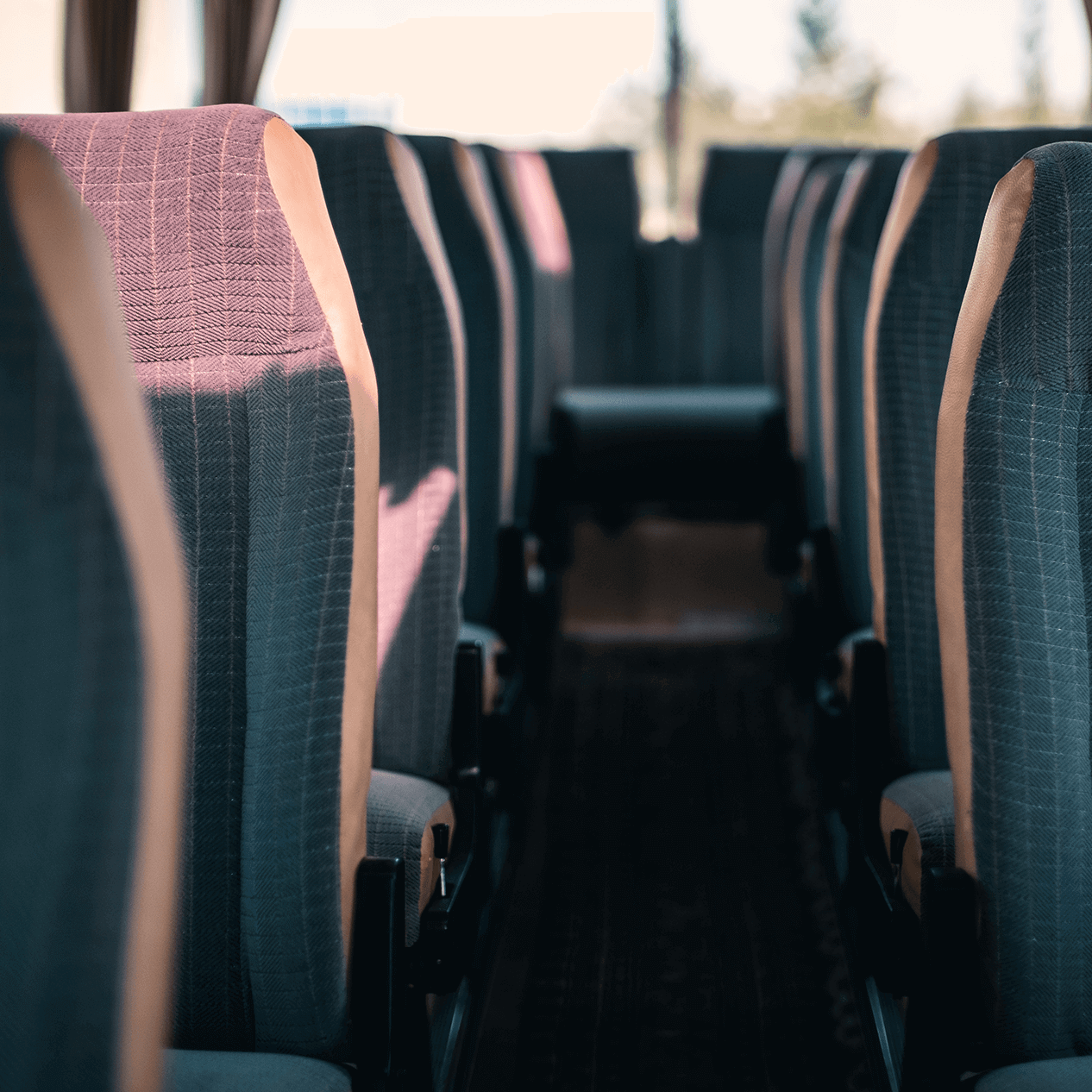 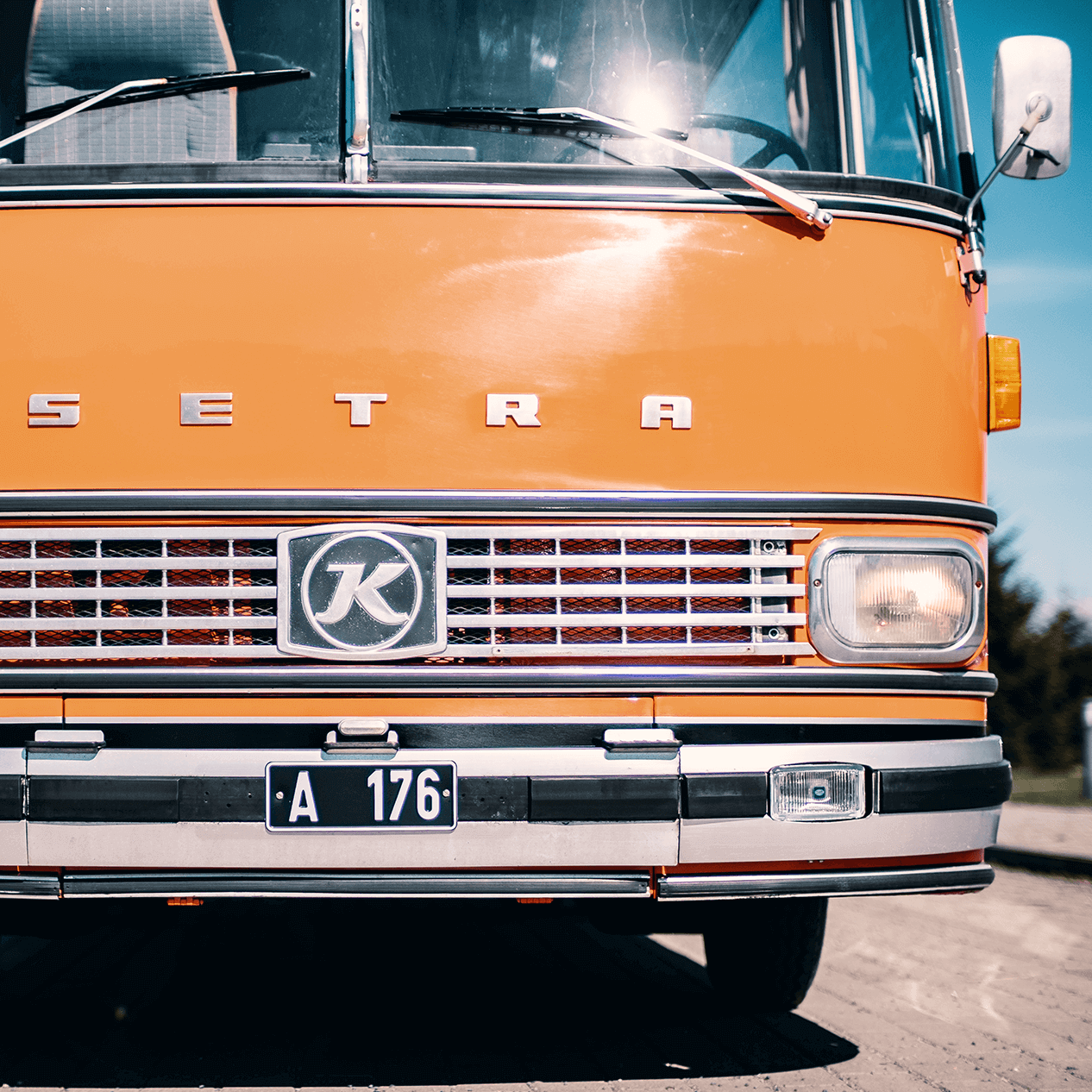 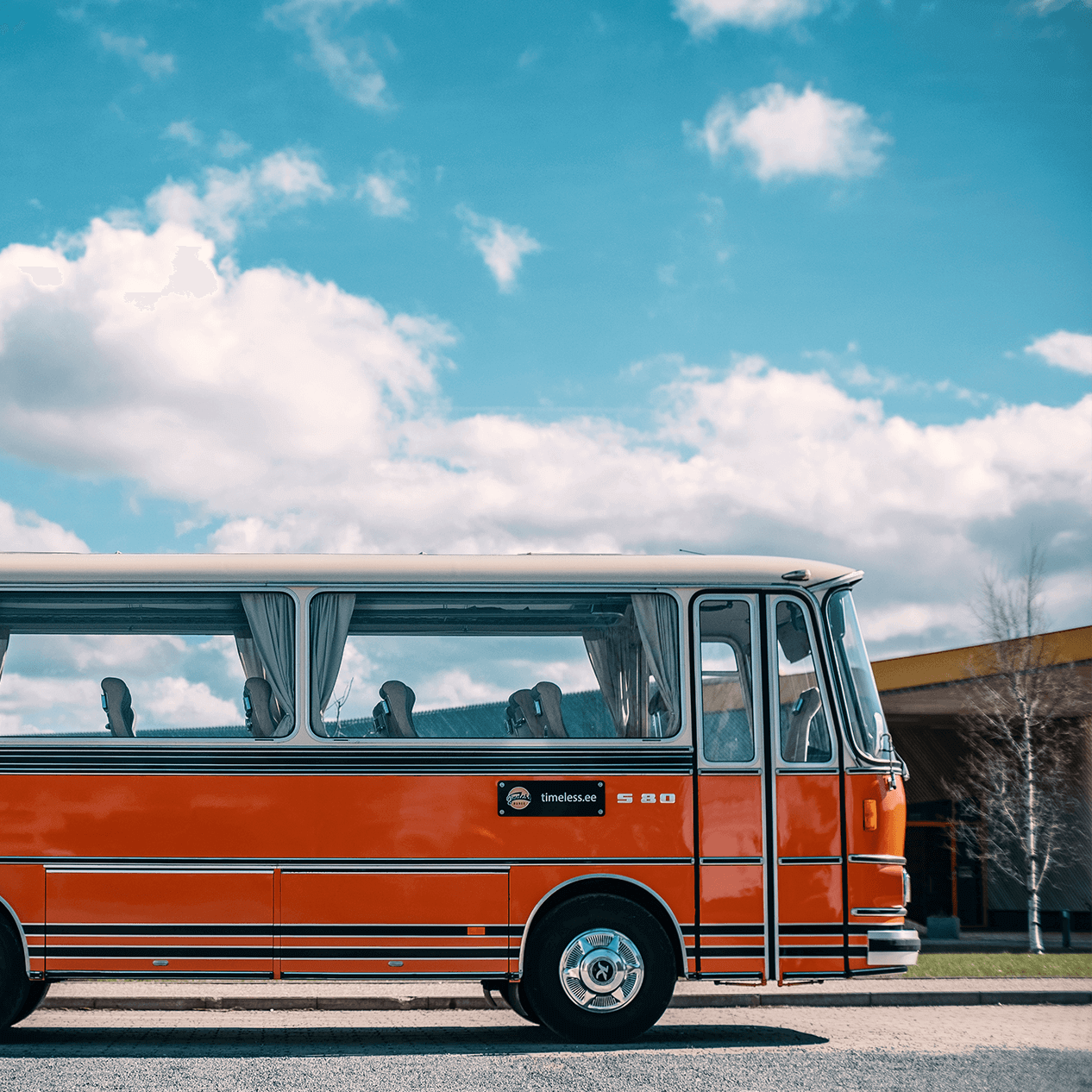 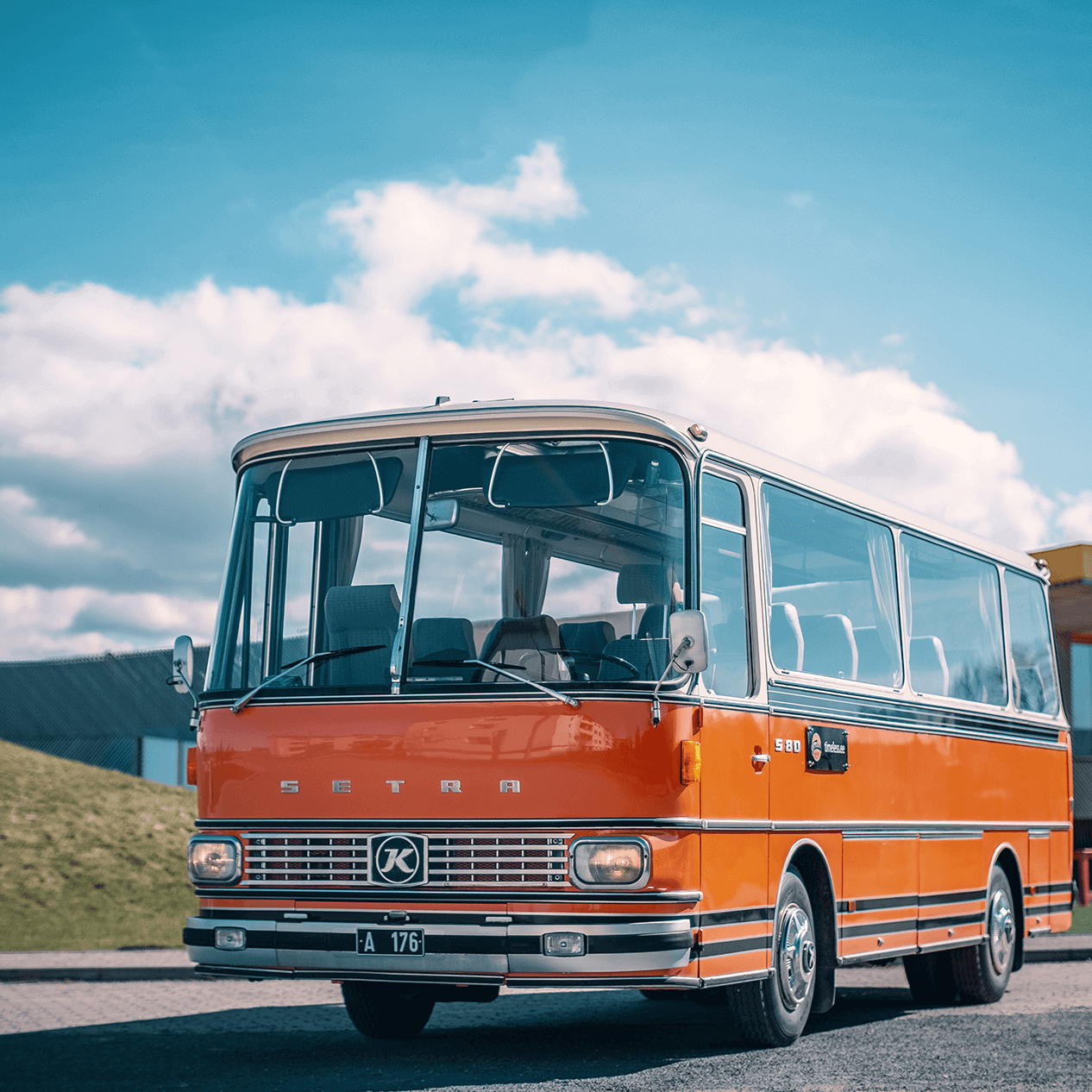