Setra S80, born in 1976,was a definite hotshot back in the day. Not everyone was allowed on board. And not everyone would have fitted either, because it was the smallest member of the trendy large-windowed Setra bus series.

If the largest Setra would fit nearly 60 people then our tiny but adorable German bus has places for 30 people.

Length of Setra S80 is 7 meters and it is suitable for any road, be it city or country area; one-day trip or longer journey.

Setra is a bus brand with long history, but in Estonian bus construction history it has rarely been mentioned. The engineering skills of Otto Kässbohrer have not been valued highly enough and many do not know the invention stories of the framework and back engine.

According to many leading bus-scientists, it is the best bus in the world, and we were keen to know if it really was. Thus, Setra S80 was the next in the line of old buses to be renovated.

This bus had already been renovated once – right after its arrival it received a new coat of white paint at the SEBE workshop in Võru. Later we decided to make it look more authentic. Namely, this Setra had originally been blue and so, at the Busland workshop in Kose, it got itself a nice blue coat once again. 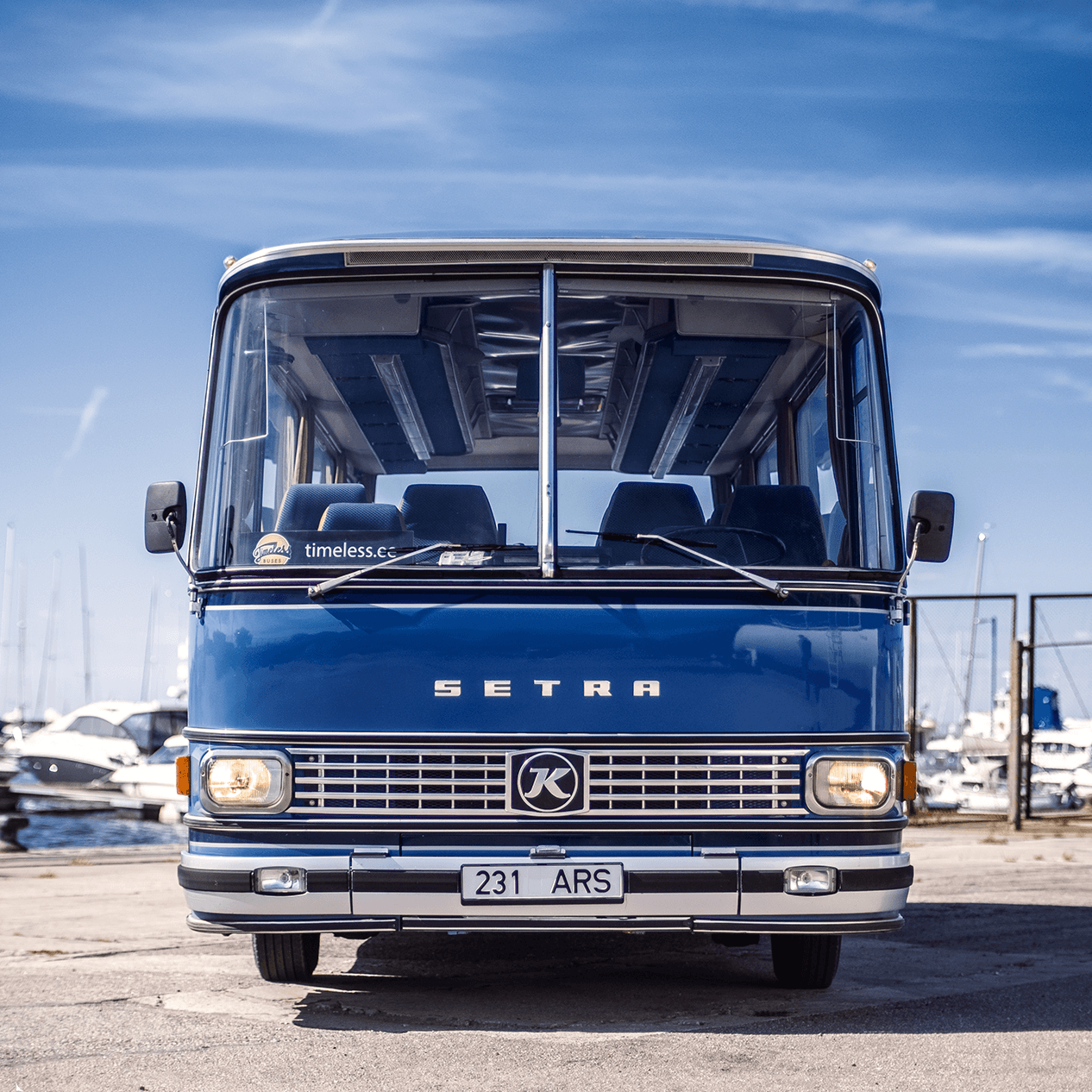 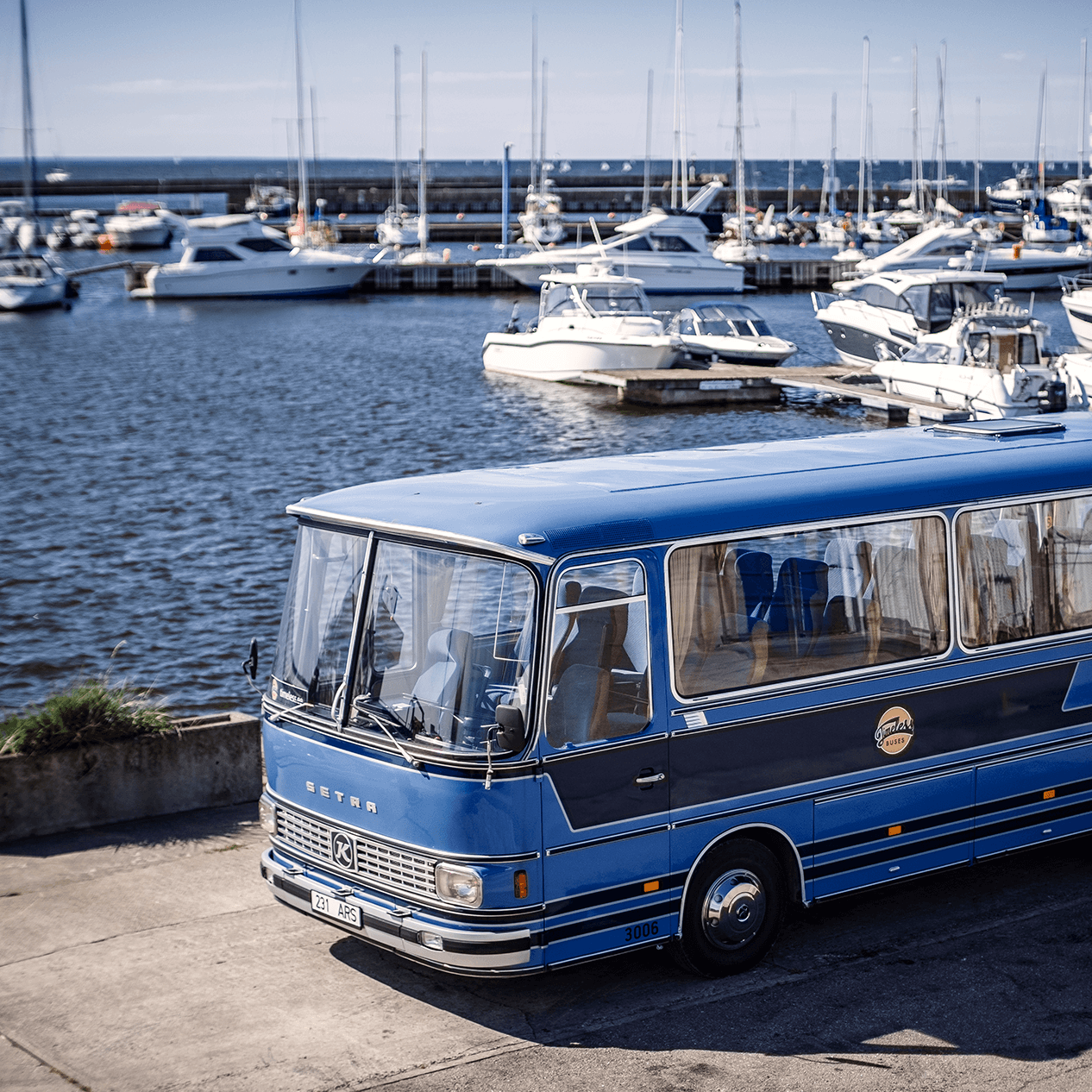 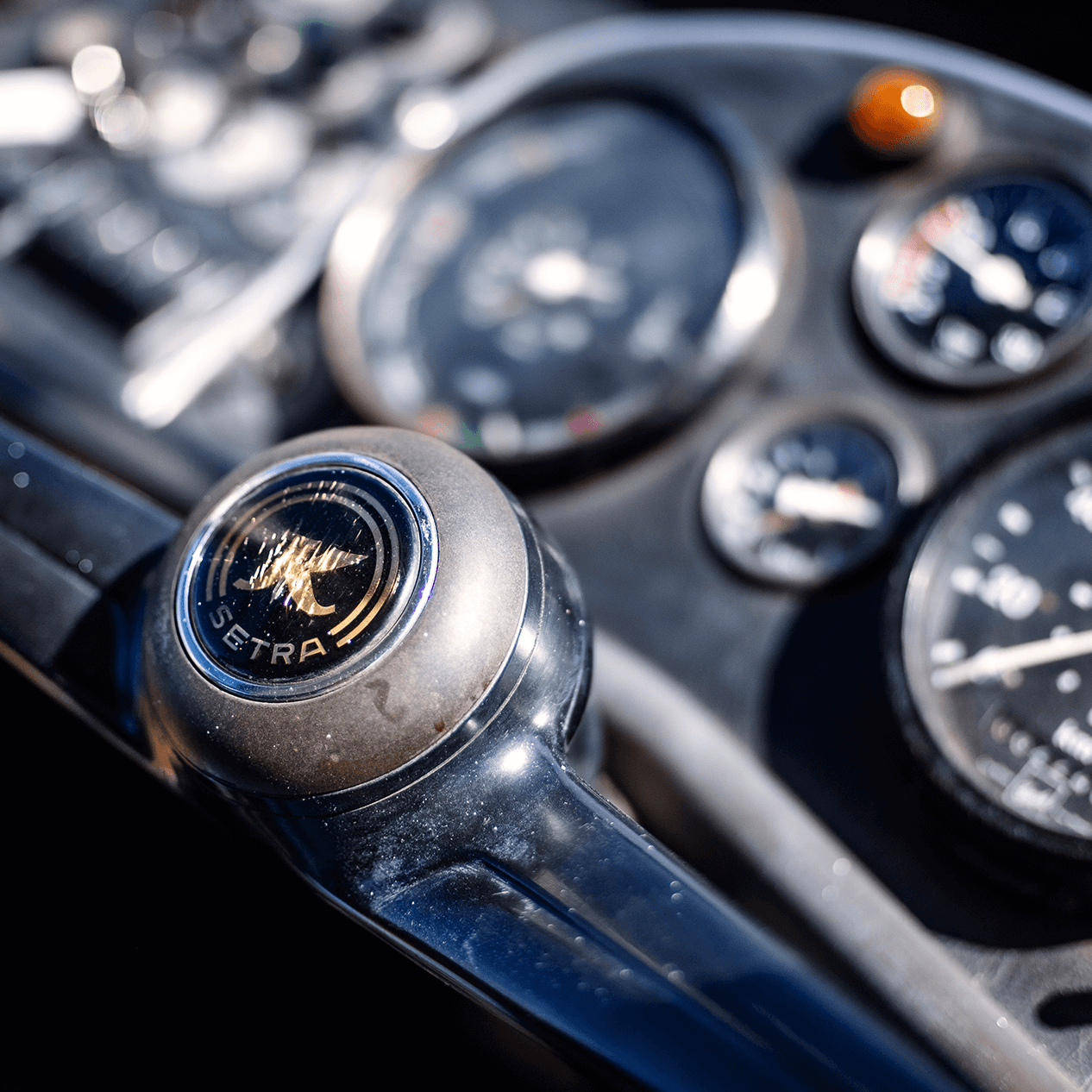 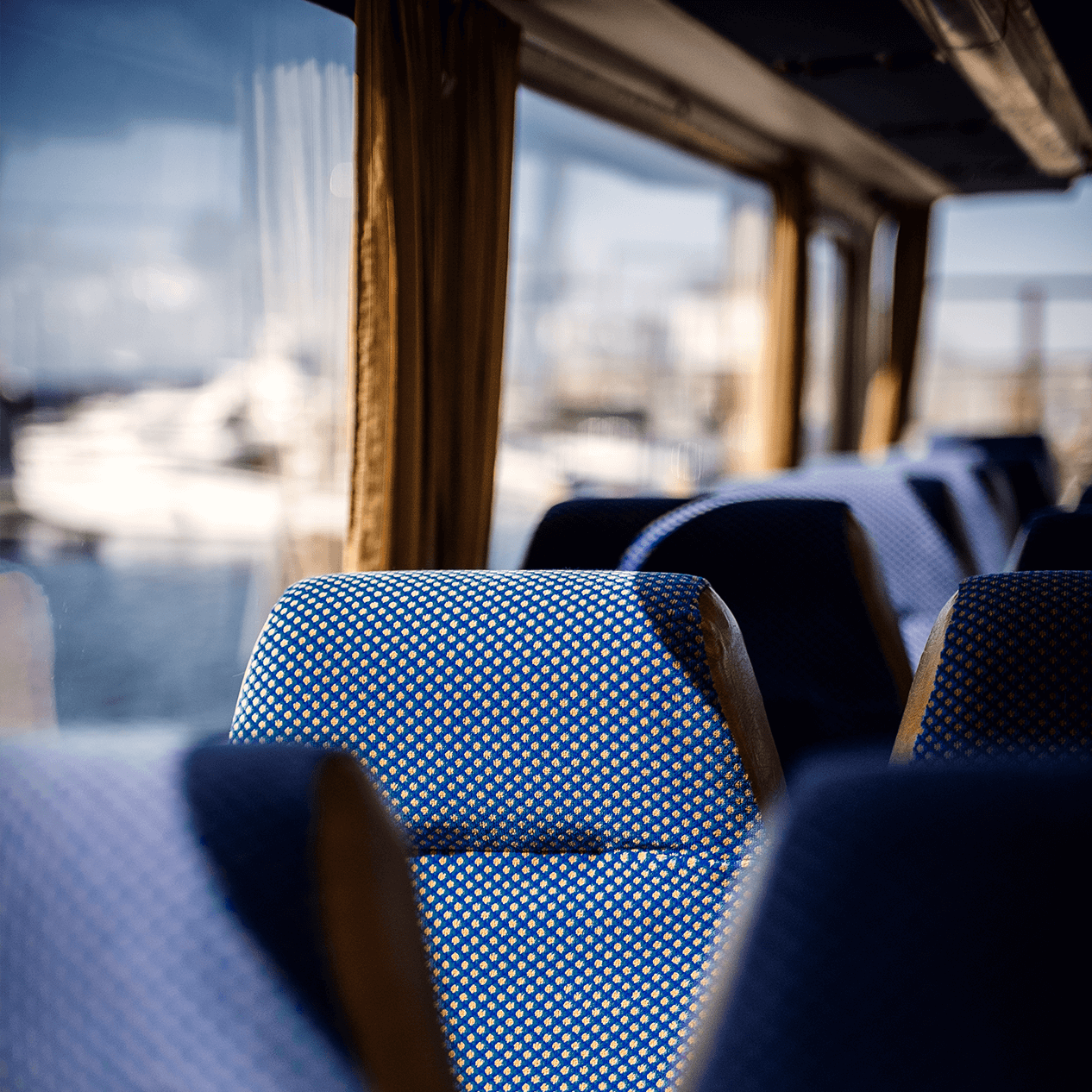 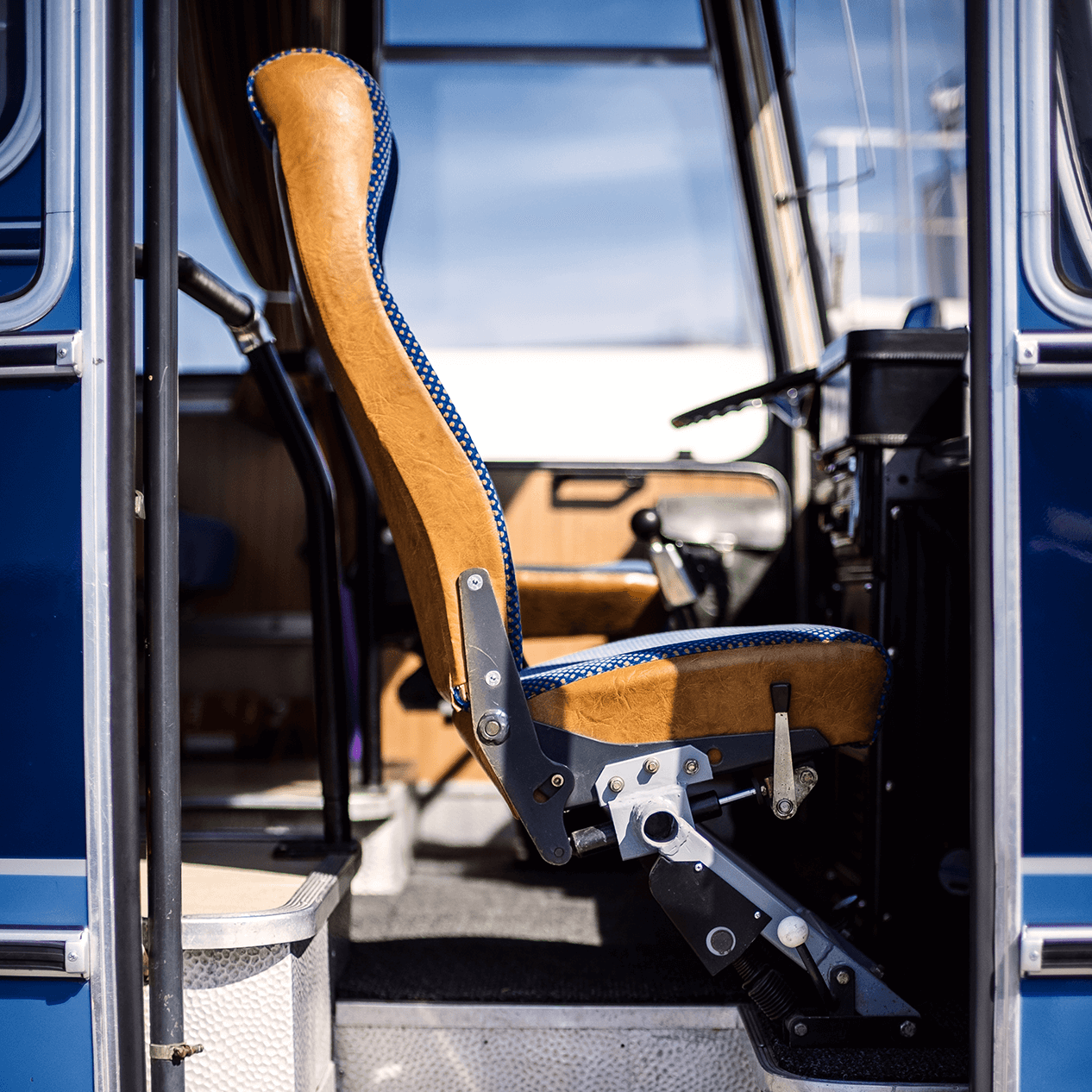 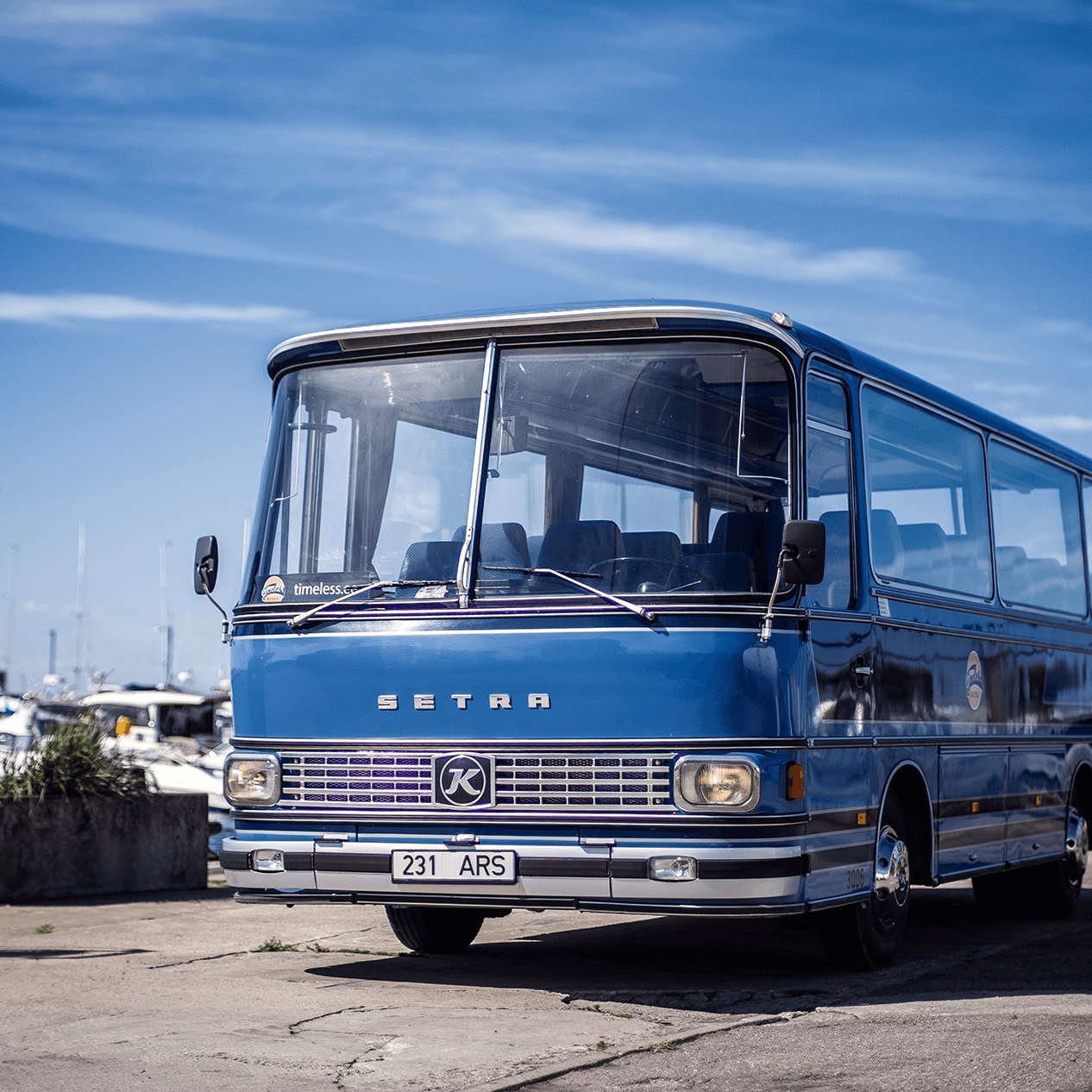 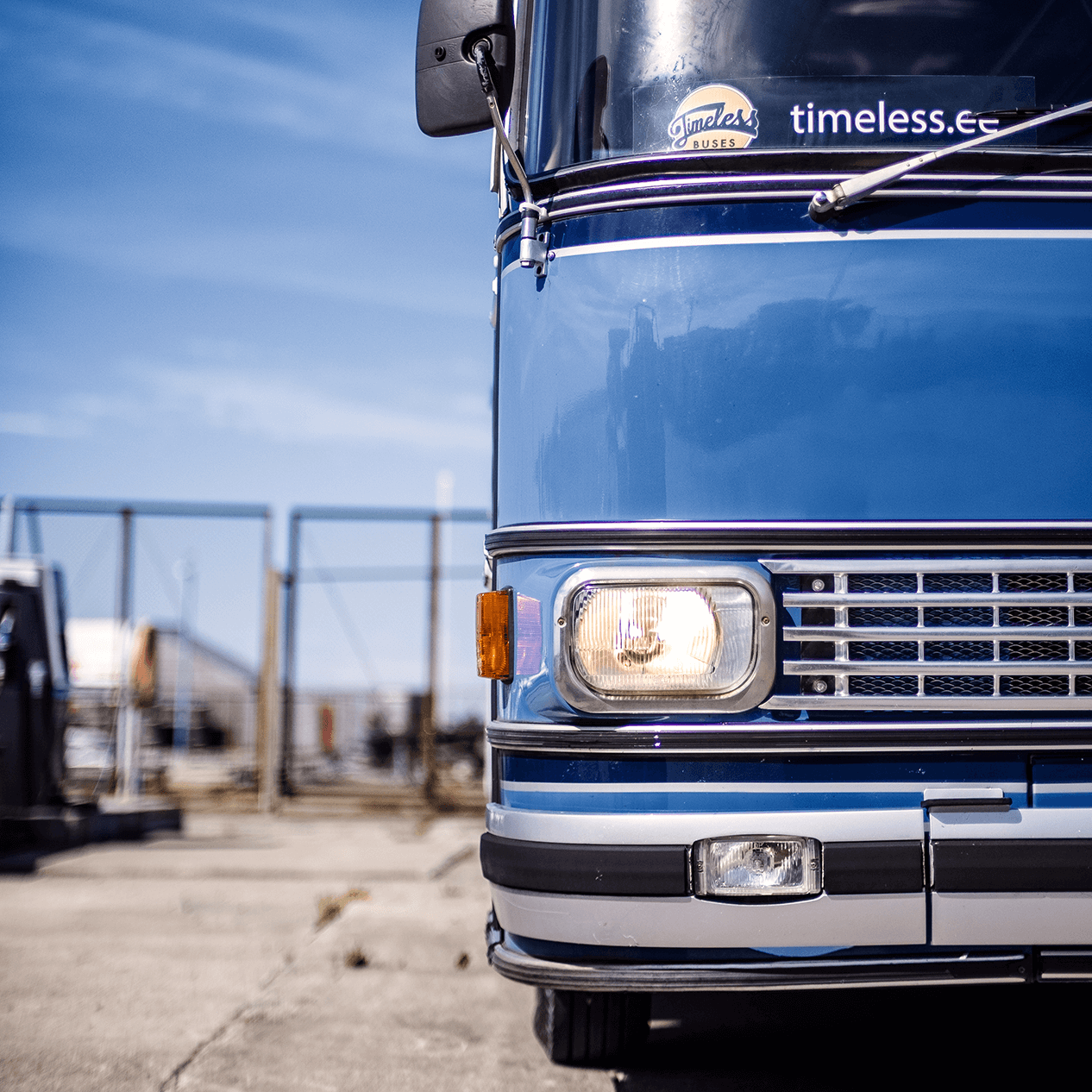 Since this bus has everything relying on its framework, it had to be checked in detail and all the damaged spots had to be redone.

Windows, seats and interior were replaced. Mechanics only required smaller adjustments – on the whole, both the engine and wheels were in great shape. The hardest part in renovating such old-time high-end buses is always getting the details right.

Back in the day, the bus designers were quite generous when it came to decoration details and the result of the desperate wish to stand out is that today, finding the necessary decoration details is extremely difficult and expensive. Duplicating is often even more difficult.